The Margarita Cardinalfish, also known as the Checkered or Red Lined Cardinalfish, is a small, peaceful, schooling fish.  These attractive fish have distinct amber-colored stripes running the length of their body that darken as they continue toward their head region. Their translucent fins have a faint red hue, while their first dorsal ray is pigmented, appearing as a single spine on the fish’s back.

Margarita Cardinalfish have large eyes, which help them identify small food items such as copepods and other plankton in the water column even during low-light hours.  Aquacultured specimens are hardy and will readily eat pellets, flakes, mysis, brine shrimp, cyclops and other frozen foods.  This species prefers to assemble in schools that dart around the open areas of reef tanks, similar to how freshwater tetras behave in planted aquaria.  These cardinalfish cohabitate well with most other peaceful species of fishes, making them an excellent choice for most aquariums. 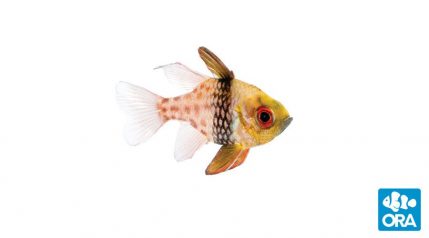 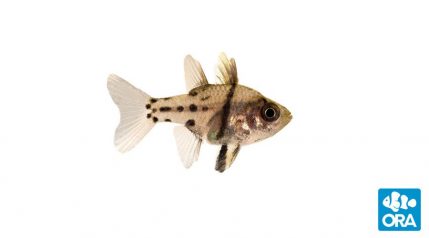