* NOT CURRENTLY IN PRODUCTION

The Blue Assessor, also referred to as Macneill’s Assessor, looks and behaves much like a blue version of the Yellow Assessor.  It originates in the Western Pacific from the Great Barrier Reef in Australia and New Caledonia.

Blue Assessors are territorial and do not fare well when housed with congenerics.   We recommend keeping only one Blue Assessor per tank unless they are being housed in a large aquarium.  If multiple Blue Assessors are to live together peacefully they must be provided with plenty of hiding holes in the form of caves.

The Blue Assessor will grow to a maximum of 3” in the reef tank and will accept most prepared frozen and dry foods.

Occasionally available in very small quantities, the ORA Blue Assessor is much harder to breed in captivity than its close cousin the Yellow Assessor. They are mouth brooders but produce very small clutches of eggs, as small as 25 per spawn. 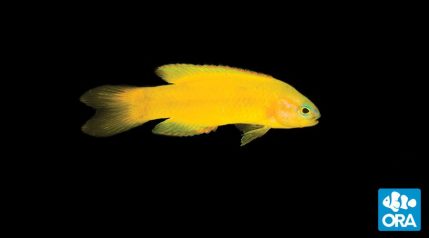