The Black Margin Dottyback, also known as the Horseshoe-Tailed Dottyback, is a fascinating little member of the Pseudochromis genus.  It is found in the Indo-Pacific region and is only rarely imported.  Females are gray with a yellow tail.  Males are yellow with blue spangles in the body.  A navy blue stripe runs dorsally from the male’s nose and eventually forms a horseshoe shape around the tail .  The intensity of the male’s coloration fluctuates depending on mood and they often exhibit brilliant flashes of color in the presence of mates or competitors.  These fish are protogynous hermaphrodites and can begin to show male coloration at 1.5 inches.

This dottyback is highly aggressive, especially towards members of its own species.  Keeping a pair together can be risky unless they are kept in a large tank with numerous hiding places.  Here at ORA the broodstock fish are allowed to view each other but only share a tank when the female is ready to spawn.

The aggressive nature of this fish presents quite a challenge throughout all phases of production – from broodstock through to the growout stage. As a result, this intriguing fish will be available on an occasional basis and should be considered appropriate for only the most dedicated hobbyists. 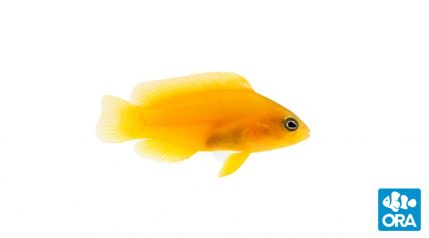 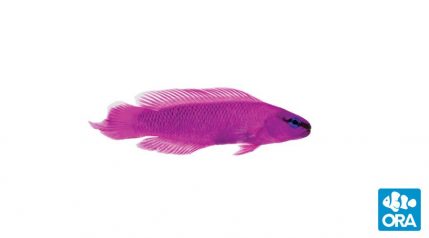 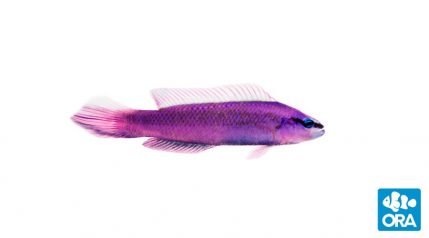